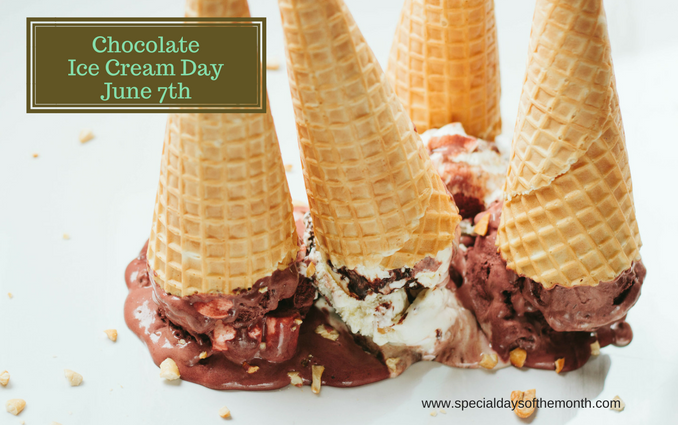 While the origin of National Chocolate Ice Cream Day is unknown, it is believed the first ice cream flavors were fruit-based, but by the 18th century, both vanilla and chocolate were the most common, in addition to being the most loved. It is rumored that Thomas Jefferson brought ice cream to the United States after loving the delicious dessert while living in France in the 1780s.

It is celebrated annually on June 7th.

Celebrities who celebrate their birthday on June 7th: