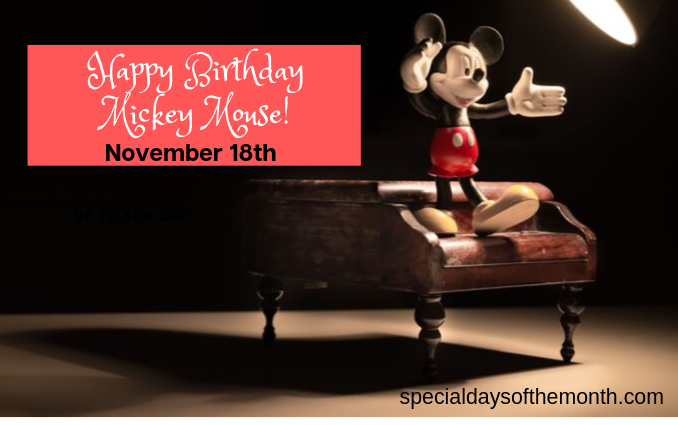 Mickey Mouse was a cartoon mouse created by Walt Disney in 1928, who later became the mascot of Disney. Mickey, who officially celebrates his birthday on November 18th, celebrated his 90th birthday in 2018. The normal life span for a mouse is three years, so this is quite an accomplishment.

When you think of Disney you think of Mickey. Mickey’s wife is Minnie Mouse and his pet dog is Pluto. His best friend is Donald Duck and another well known friend of his is Goofy. He was the first character to be created by Walt Disney in the short film, “Steamboat Willie.”

When is Mickey Mouse’s Birthday?

How to Celebrate Mickey Mouse’s Birthday:

Celebrities Whose Birthday is on November 18th

Do you have a favorite Disney character? Is Mickey one of them.

Check out all of the holidays in November here!