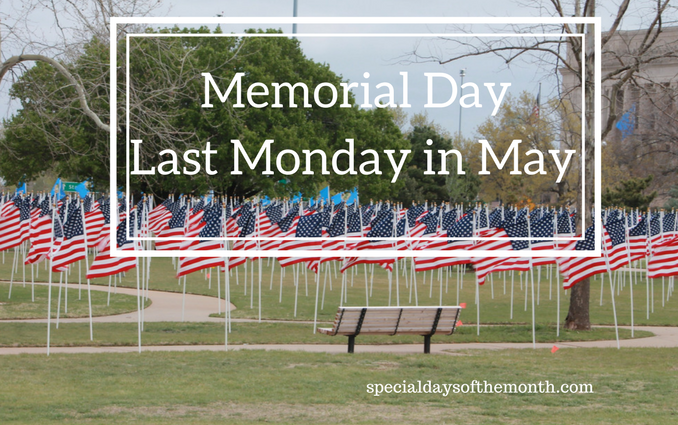 Memorial Day is a federal holiday in the United States dedicated to remembering the people who died while serving in the country’s armed forces. The holiday, which is currently observed every year on the last Monday of May, will be held on May 28, 2018.  Since the holiday takes place on a Monday, it is frequently referred to as Memorial Day Weekend and it marks the start of the unofficial kickoff to summer while Labor Day marks the end of the summer season.

When is Memorial Day?

How is Memorial Day Weekend Celebrated?

Celebrities who celebrate their birthday on May 28th:

Other holidays in May include Foster Care Day, Brother and Sisters Day and Nascar Day, as well.