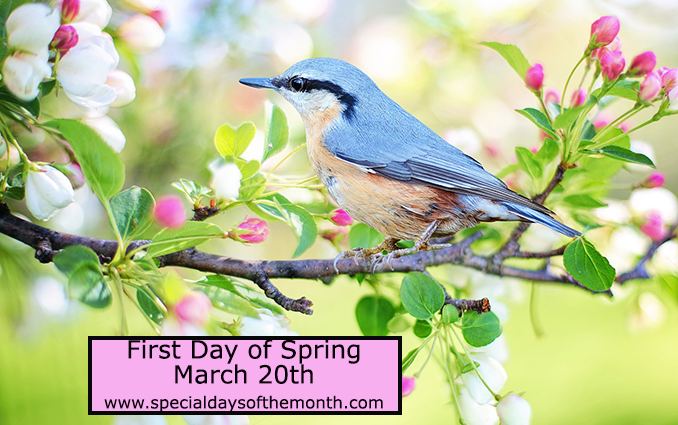 The first day of Spring is a day we all look forward to, especially after a rough winter. Spring officially begins with the Spring Equinox, on the same day every year, March 20th. This event marks the astronomical first day of spring in the Northern Hemisphere. During the Spring Equinox, the earth’s two hemispheres are receiving the sun’s rays equally because the tilt of the earth is zero relative to the sun. This means, on this day, there are 12 hours of daylight and 12 hours of night.

How is The First Day of Spring Celebrated?

Celebrities who celebrate their birthday on March 20th: