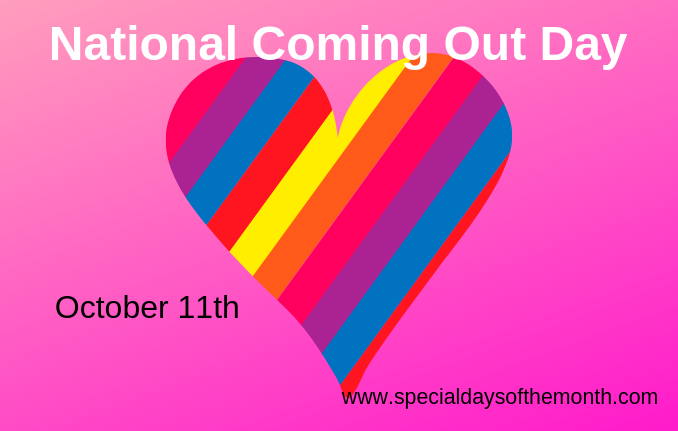 By:
In: October, Popular Holidays
With: 0 Comments

National Coming Out Day Coming Out Day is a day set aside where both men and women reveal their sexual orientation or gender identity. The day was initially a day when private and public figures came out as gay; public figures often did so in the media to raise awareness. END_OF_DOCUMENT_TOKEN_TO_BE_REPLACED